Stories of individuals with MRSA and essential oils

I found the following protocol for MRSA relief:

My son was tested in ER room on his 3rd trip in to have a clogged gland lanced,when I didnt think it was that we had another doctor come in and he tested it as I thought it looked like a toxic spider bite. He tested positive for MRSA in wound and was admitted to hospital on very strong Iv and was told he would be in a minimum.of 4 days (I started oils that day and the 2 xs a day and he was discharged in only 2 days! I put Protective Blend on the wound and rubbed oregano on bottoms of his feet.

We went to the Dr. (her OBYGN) and he said that the MRSA was ALL cleared up. That it looked good. He said once you have MRSA you will always be a carrier for it. If it flares up again he said that there is only one medicine that she could use that would not harm the baby. We just kept Melaleuca on the affected area then put Frankincense, Protective Blend, and Oregano that we mixed in a roll on bottle on her feet followed by peppermint and lemon in a roll on bottle. She would put those on her feet every two to four hours. It worked great.

My friend uses Protective Blend to treat her staph when it recurs. She was to the point where she was antibiotic-resistant to the medications, but now the Protective Blend clears it up for her! I caught MRSA from a hospital stay & used melaleuca topically on it, then Protective Blend on my feet.

My son had a bad MRSA infection! He hid it from me for a week. It was late so I thought ok we'll try the oils but if it's not a LOT better in the morning we are going to the doctor. It was under his arm and really bad!! We did oregano and melalauca on his feet. By morning it was substantially better. The next morning I added the on guard. I only got it on in the morning. On six days it was completely gone.

My friend had the MRSA show up in blood test. She had been taking Cellular Complex blend and at a follow up blood test all was clear .

We healed my mother of MRSA with 4 drops of rosemary, thyme and oregano each in capsule 3 X's a day.  Took them for 2 months straight then off an don for a year.   She takes them periodically if we get in compromising situations...hospitals, nursing homes etc.

We have been through a very long MRSA battle with our 3yr old and think we have recently gotten it under control with the oils and essential oils.  I would recommend starting with the GI Cleansing Formula.  1 cap, 3x/day for ten days and then use the Probiotic Defense Formula - 1 cap, 3x/day for 5 days.  Take a ten day break and then do it again for two or three rounds.

We started with oils and then went to the cleanse w with our little one and I think it would have been better to start the other way around.  I also treated her outbreaks with diluted on guard all over the area that the outbreak occurred.  I would wait a minute or so and then put on melaleuca (undiluted).  I also put both of those things on the bottom of her feet in the same way.  I did that 5 times a day.  2 drops of Frankincense (diluted if needed to get coverage) rubbed down the spine 2-3x/ day will help kill the bacteria that hides in the spinal fluid.  I also washed her twice a day with organic tea tree soap.

Her case was pretty bad so when I saw a doctor. He said to put her on melissa as well.  She took capsules of melaleuca (2 drops ), oregano (1 drop) and melissa (1 drop) two times per day also.  Also, when taking the oregano, you should have a week on and then about a week off to give your liver a break.

On the off times, I made the caps the same just minus the oregano.  We were also diffusing three times a day with Protective Blend and melaleuca (2 drops each).  Even though these products are great, it was not quick but I hope this helps.  One other thing-consistency is key.

My colleague's cousin carried MRSA for several years... She started to drink Protective Blend in her tea prior to a surgery to strengthen her immune system, and when they tested her blood before the surgery her MRSA was gone! The doctors were stunned!

I have a friend who's daughter has gotten MRSA a few times. She's just started treating all bumps/sores that pop up with oregano, topically to kill off any bacteria.

Three members of my family suffer from MRSA. Two had persistent outbreaks. One only had two. The two with the persistent outbreaks had surgery on one or more occasions and went through repeated rounds of antibiotics. The other had surgery and one round of antibiotics. After they discovered essential oils they used melaleuca. They used it neat, on the eruption, 4 to 5 times daily and continued for several days after it cleared. They cleared up and haven't has subsequent eruptions. Protective Blend, Oregano and Melaleuca are all very effective in combatting MRSA.

I had a friend who had MRSA on bottom of her foot and the doctor was putting her on 2nd round of antibiotics with no luck. I had her do combo of olive oil (didn't have fractionated coconut oil) and melaleuca and oregano. It healed quickly!

I recently had someone who had MRSA. Topically, he put Myrrh. Orally, he took as often as he can during the day, oregano, melaleuca, Protective Blend, frankincense... It got better within 24 hours! It is sooo amazing! He said, usually, it'll take a week or two (he's had it before).

I had dropped Protective Blend directly on my son's MRSA infection, topped with warm compress, and did Protective Blend, melaleuca and oregano on his feet. He was done w/IV's in 2 days instead of the minimum 4 days+. =

Oregano on the infection 3-4 times a day. Do not use for more then ten day. I like sovereign silver gel on it if you want to put something on it and then cover. My son's had it pretty bad before he told me. It was totally clear.

My brother-in-law had MRSA and the antibiotics were doing nothing. I put him on a regimen of Protective Blend topically and colloidal silver (sprayed directly onto the infected areas) and it healed rather quickly in 7 days

My 30 year old daughter had MRSA a year ago. Long story short we did applied 10 different essential oils to her back (a MRSA-specific treatment) plus I filled capsules with oregano and Protective Blend.  The hospital threw a fit over the smell so we did it in her feet instead of her back for 3 days while she was there.  At home we did it on her back for several more.  She was on an antibiotic but the hospital told us it would be a long process to get her better.  They sent her home after 3 days.  Five days after that she went to see her doctor.  He was shocked when he told her she was just fine.

I did the MRSA protocol (10 different essential oils) on my sons feet. He was admitted to hospital and was told a minimum of 4-7 days. Well he was discharged in 2 days....I also ran the diffuser w/ the Protective Blend.


My daughter got a staph (non-MRSA) infection.. Almost 3 weeks later it is 90% healed.. Treated with only fractioned coconut oil and Protective Blend. We are treating scar tissue with geranium, lemongrass and lavender. 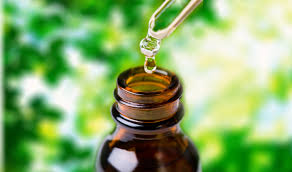 For difficult to treat MRSA infections, we would recommend this protocol.

You can find 40+  scientific papers about MRSA and essential oils here.


The information on this website is for educational purposes only and is not intended to prevent, diagnose, or treat any specific medical condition. Please consult with a qualified physician or health care professional concerning any condition or treatment.
at 5:29 AM